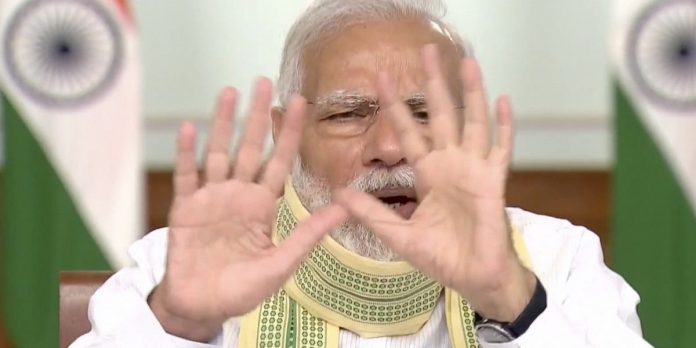 The Union government, in the absence of a National Plan to deal with COVID-19, seems to have delegated its responsibilities under the Disaster Management Act, 2005 to state governments. Without the necessary infrastructure, both human and physical, and adequate financial resources, state governments are not in a position to effectively deal with this pandemic.

Apart from a few exceptions, with available yet depleting resources, they are doing a commendable job. Our prime minister’s limited role, so far as we can see, is addressing the nation from time to time. The National Disaster Management Authority (NDMA) made no preparations to put in place a plan despite the WHO declaring the virus to be a pandemic towards the end of January.

Why were detailed plans not made within seven weeks of the WHO declaration when on March 24, the prime minister announced a national lockdown? We are in the fourth week of April. There is no plan in place even now. The secretary, Ministry of Home Affaires (MHA), presumably presiding over the National Executive Committee (NEC) under the Act, is issuing directions to state governments to deal with the situation as best as they can.

MHA issued advisories to all states and union territories from time to time. On March 27, 2020, it directed states to provide support to migrant labour, industrial workers and those in the unorganised sector impacted by the 21-day lockdown; to explore measures through various agencies to provide food, shelter and basic amenities for them. States were also advised to make provisions for free food and other essential items to vulnerable sections through the public distribution system (PDS).

It was on March 28 that the MHA, for the first time, responded to the emergent situation arising out of the movement of migrant labour across states. State governments were required to set up relief camps for them to stay till the lockdown is lifted. Social distancing was to be observed even in the designated shelters. States were authorised to use funds available with the State Disaster Response Fund.

On March 29, in yet another advisory, the MHA emphasised the necessity of ensuring the adequate arrangement of temporary shelters and provision of food for the poor including migrant labour stranded due to lockdown. The MHA further directed that employers in industry, shops and commercial establishments are mandated to make payment of wages to workers at their work places on the due date without deduction during the period of lockdown. Directions were also issued in favour of tenants. Section 10(2) of the Act is allegedly the source of power for issuing such directions.

Section 10(2) of the Act authorises the NEC headed by the secretary, MHA to assist the NDMA in the discharge of its responsibilities under the Act. What the MHA failed to mention is that the NEC under Section 10(2)(b) is to prepare the plan to be approved by the NDMA and lay down guidelines for preparing disaster management plans by different ministries [10(2)(d)]. The NEC is also to monitor implementation of plans prepared by the ministries [10(2)(f)].

It is in the context of the plan that ministries are to prepare their respective disaster management plans, pursuant to which advisories are to be issued. It is, therefore, clear that the NEC has neither prepared a plan which is to be submitted to the NDMA for approval nor have various ministries prepared disaster management plans. The NDMA, chaired by the prime minister, has distanced itself from the responsibilities of the Union government and in gross violation of the provisions of the Act, authorised the MHA to issue such directions as it chooses. This too was de-hors the law.

The three March advisories referred to pay scant regard to the responsibility of the NDMA, which under Section 12, is required to “recommend guidelines for the minimum standards of relief to be provided to persons affected by the disaster, which shall include minimum requirements to be provided in the relief camps in relation to shelter, food, drinking water, medical cover and sanitation.” The Section also requires for ex-gratia assistance on account of loss of lives and restoration of means of livelihood.

We would like the prime minister to inform the people of this country about the minimum standards of relief that are required to be provided to persons affected by the disaster. Instead of discharging its solemn responsibilities to provide succour to the poor and helpless stranded migrants, the Union government has chosen to shift the onus to state governments to do what they can without a plan and without guidelines prescribing minimum standards of relief.

It is unfortunate that even till date, there is no plan. We are all aware that the provisions in shelters are pathetic without adequate sanitation, medical cover, food and clean drinking water. States are not able to make available adequate food supplies to those affected.

The specific directions mentioned in the March 29 MHA advisory requiring employers in industry, shops and commercial establishments to make payment of wages to all workers on the due date is not even provided for under law. This is because under the Act, it is the responsibility of the Union government to ensure that during the period of lockdown, as a relief measure, salaries are paid out of the funds available with the Union.

The impact of the lockdown on small businesses has been devastating. Not only are their finances stretched but many of them do not have the capacity to pay. If they don’t, they are liable to be penalised and prosecuted. Section 10(2) of the Act does not even authorise NEC to issue any such directions, leave alone the MHA. It envisages the constitution of a fund to be called the National Disaster Management Fund (Section 47). It is for “projects exclusively for the purpose of mitigation”.

We are not even aware to what extent such a fund has to be applied by the Authority for mitigation purposes. Instead, directions have been issued to states to take recourse to the State Disaster Response Fund. We are clueless about the extent of such funds in each state, as contemplated by law and whether they are adequate in the prevailing circumstances.

Section 46 talks of a National Disaster Response Fund (NDRF). Such a fund was established on September 26, 2010. We need to know the quantum of money available in that fund for meeting the situation the country is confronted with. This fund, apart from amounts appropriated by parliament by law, can also receive grants “made by any person or institution for the purpose of disaster management”. This response fund is to be made available to the NEC towards meeting expenses “for emergency response relief and rehabilitation” in accordance with the guidelines of the Union in consultation with the NDMA.

It is ironic that instead of using the provisions of the Act for grant of relief, the prime minister has set up a “Prime Minister’s Citizen Assistance Relief in Emergency Situations” (PM-CARES) fund asking people to generously donate into that fund. That is precisely the money that is to go to the NDRF for relief and rehabilitation of those affected by the lockdown. The purpose of setting up of PM-CARES should be made public when private donations can be made to the NDRF. Otherwise, the motive for setting of PM-CARES may evoke suspicion. Even more disturbing is the fact that the PM-CARES, instead of being governed by a statute, as contemplated by the Act of 2005, is set up as a public trust. It is understood that a sum of Rs 6,500 crore has already been received into PM-CARES.

One wonders whether laws enacted by parliament are meant to be followed or disregarded by governments. Jettisoning laws passed by parliament is constitutionally impermissible. Apart from the fact that the Union did not have a plan of action and foisted its responsibilities on state governments, the Union’s outreach for saving lives and protecting human dignity reached rock-bottom.

Public functionaries must conduct affairs of state in accordance with the constitution and the laws. That is why none is above the law. Rule through diktat by men belonged to another era. Our country deserves better.

Centre has no road map for self-reliance