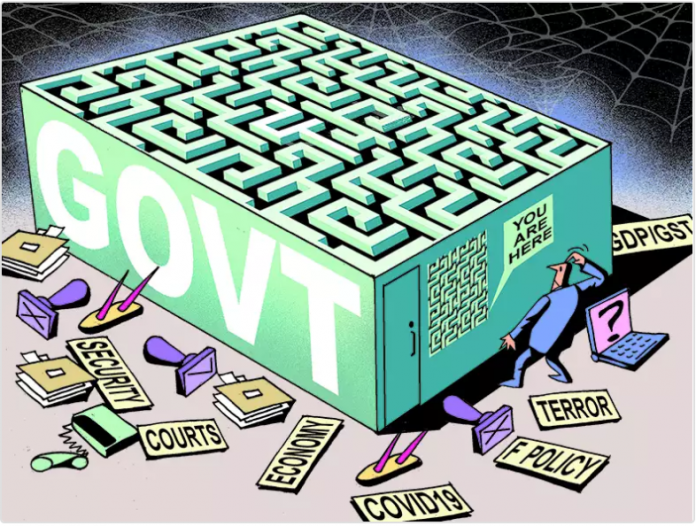 A right process invariably leads to desired outcomes. However, a favourable outcome is predicated on the integrity of the process. Take for example, investigations to establish criminality. If the process of investigation is not only consistent with the law, but also adhered to without a whiff of taint, most often than not, it will lead to the accused being convicted.

But if the investigation is tainted and those investigating are either biased or allow the process to be corrupted by either lure of money or to help the accused or for that matter falsely implicate the innocent for ulterior motives, the outcome will never be just.

Of late, there has been a growing trend in India where many claim victory merely because the outcome of an investigation is to their satisfaction. The sad truth, however, is that investigations are often manipulated to achieve predetermined outcomes. Often, those who proclaim their innocence upon acquittal owe their false sense of déjà vu to a polluted process of investigation.

In politically manipulated prosecutions, often the innocent become the victims and the guilty are confident of their innocence. That is the bane of our investigation processes. Journalists, with a contrary view, are hounded through tainted processes and accused of being anti-national. Young students are charged with sedition for organising and participating in public protests allegedly conspiring to destabilise the government.

Attempts are made to vilify those who wish to be heard and who are sought to be ruthlessly silenced. Fake encounters take place and the state pats itself, proclaiming that anti-national criminals have been eliminated for the cause of public security. Dalits and minorities are often the victims of biased investigations. It is time for a democracy like India, which is presently quite fragile, to shun tainted processes for just outcomes.

Processes take time and require painstaking efforts to arrive at desired outcomes. But the state often has no patience. It occasionally wishes to proclaim that a vaccine to deal with coronavirus is around the corner, knowing fully well that the process requires several stages of trials, the results of which are not known till trials prove the vaccine to be efficacious and safe. ICMR’s proclamation that a vaccine will be ready for launch by August 15, 2020 was the result of such impatience.

For the same reason, the state makes unrealistic claims on several fronts about outcomes without adhering to procedural safeguards. We have heard the finance minister talk about sprouting green shoots, predicting an economic turnaround while indicators point to a continuing slump. Earlier, we heard the prime minister predict that the war against coronavirus will be won in 21 days, without being aware of what the virus has in store for us.

The government talks about fatal blows to Pakistani terrorists; a befitting response to Chinese infiltrators; when there are no signs of either abating Pakistan engineered terrorist activity or Chinese intent to withdraw from territories illegally occupied by them. Similarly, year after year we hear about how the following year pollution levels will be successfully reduced, without having a process in place to ensure such an outcome.

The less democracies rely on processes, the greater the likelihood of outcomes being driven by authoritarian diktats. Since 2014, parliamentary procedures and constitutional processes have been jettisoned for bypassing a vote in the Rajya Sabha when clearing ordinary Bills as Money Bills. This is done to prevent the possible rejection of the Bill in the Rajya Sabha. Yet, such a subversion of established procedures is projected as the ability of the government to act decisively.

We often witness discussions in Parliament being truncated depending on the possible outcome if the issue is somehow allowed to be debated. Several Bills are passed without discussion. Occasionally, MPs are required to discuss important legislative measures without Bills being circulated in time. The opposition is taken by surprise and its protestations go a begging. Topical issues which require immediate discussion are either not slotted or allotted too little time.

Government claims that the recently announced National Education Policy will bring about a sea change in the way we teach and assess our children.  However, if we don’t have trained and skilful teachers who are aligned to the policy framework, how will proclaimed outcomes come about? If examinations are not going to be the basis of evaluating the merit of the students, then what frameworks have been put in place for the kind of evaluation necessary in order to achieve the desired proclaimed outcomes? Sadly, none of the processes are in place.

The same is true of healthcare. If primary healthcare centres are not fully equipped and rural areas are not served by competent doctors, how will it ensure that the mechanisms put in place deliver effective healthcare to all? A strong structure cannot be built without its foundation being laid by skilful masons. Those at the helm of affairs, guiding and deciding our country’s future are not even skilled enough to understand democratic processes. That is the bane of Indian democracy.

China delivers outcomes because of its totalitarian regime. But in a democracy, in the absence of a culture of totalitarianism, these processes can only be put in place by reaching out, by dialogue, by listening and by taking all stakeholders into confidence to ensure the outcomes proclaimed are attained. That is missing. This is the reason most claims made by the state have come to haunt it. People of India are caught in the midst of a regime that believes only in outcomes. Democratic processes have fallen by the wayside.