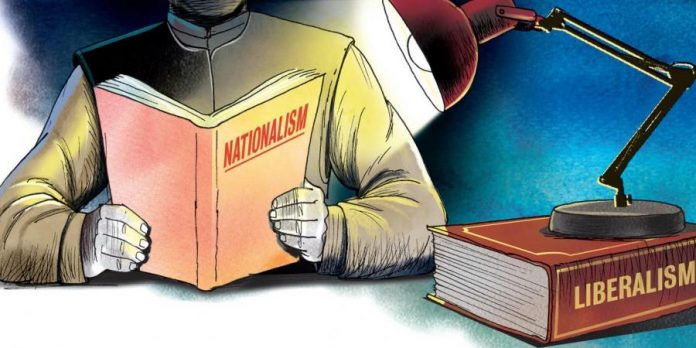 History has taught us that global trends often drive national narratives. The rise of the nation-state, fall of monarchies, blossoming of democratic values, end of colonialism and seeding of popular movements for self-determination were globally generated phenomena. After the first decade of the 21st century, there has been a growing skepticism towards liberal democratic principles across the world, paving way for the rise of right-wing populism.

The Trump presidency was the result of disenchantment with the global economic order ushered in by the WTO regime with trade across borders as its leitmotif. Occupy Wall Street (2011) was the result of increasing inequalities within the US, which Trump exploited to his advantage. Though over the years consumers benefited, the balance of economic power gradually shifted away.

China became a global manufacturing hub, attracting investors to produce goods on a phenomenal scale for global consumption. Producing goods at price levels comparable to that of China was well-nigh impossible. Multinationals and the rich benefited. Globally, the gap between the rich and the poor increased. Americans lost jobs. The ‘us’ versus ’them’ phenomenon gained momentum. The loss of jobs was attributed to ‘them’—the immigrants.

Trump exploited the angst of Americans by blaming others. China was perceived as the economic villain. Minorities within countries felt uncomfortable as if they were to blame. Strong right-wing governments espousing a majoritarian culture gained acceptability. Institutions were weakened and denigrated. Minorities and others perceived as ‘them’ were targeted in different ways in countries across the world. This was a global narrative.

One narrative that we are witnessing in democratic countries is the assertion of power by denigrating established mechanisms embedded within institutional frameworks. Every democratic nation, by virtue of this narrative, seeks to perpetuate a divisive agenda to retain power. Governments seek to blame others for their own shortcomings.

This allows for the propagation of emotive, majoritarian agendas. Their economic policy framework seeks to blame others for the fall in ‘standards of living’ within. Previous administrations are also targeted for embracing faulty policies benefiting the outsider at the cost of hurting the insider. The other narrative for governments is to start patting themselves for the claimed successes not necessarily based on supporting data. In a nutshell, the narrative is—blame others, praise yourself.

This is common to most democratic nations. In this process, minorities are targeted and majoritarian cultural chauvinism is fuelled. The third narrative that we are witnessing is that authoritarian governments are silencing dissent in diverse ways. This includes the use of violence by targeting those who vociferously oppose the leadership. Countries that were otherwise perceived to be moving along the liberal path are slowly backing off by adopting right-wing policies and thus becoming increasingly insular in their policy prescriptions.

From a relatively borderless world where free trade was the norm, we are seeing a world where borders are sacrosanct and free trade is not the preferred option. In this process, the phenomenon of ‘country-first’ has now occupied centrestage. With the significant shift of economic power to the Asia-Pacific region, India seems to be caught in the middle. Given the instability in our bilateral relationships, especially in the wake of recent incidents in the Ladakh region and Pakistan’s persistent efforts to disturb the peace, we are following policy prescriptions for public acclaim as a riposte to Chinese infiltration. This has resulted in an adverse impact on our trade with China.

This too may have been one of the reasons why we have chosen not to be part of the Regional Comprehensive Economic Partnership (RCEP). The narrative within India follows the global pattern. Our liberal democratic Constitution is defaced by authoritarian prescriptions. Violence and constitutionally virulent laws seek to generate animosity. Dissent is not tolerated. The opposition is not heard. Constitutional and institutional mechanisms are being captured by the government with pliant nominees. Mainstream media is no longer embarrassed to act as an arm of the government.

Blaming the past and patting themselves for their so-called glorious achievements, even in the absence of proof, is the new narrative. Unfortunately, this brings electoral dividends election after election. The narrative has been carefully sold and easily bought in the absence of an alternative. There are, however, a few oases that have not allowed these narratives to gain the upper hand though the ugly face of such narratives seems to be rising even there.

The moot point is whether the tide of rising right-wing authoritarian culture can be sustained or whether an alternative narrative is possible in the years ahead. Liberal America has shown the way that this can be done. American democracy, despite its failings, has institutional mechanisms that seek answers and accountability. There is still a relatively level playing field in which others can be heard.

This is also true of most of Europe. Unfortunately, in the Asian subcontinent, these institutional mechanisms have failed. In India, the task to persuade the public and to be able to enunciate an alternative narrative that can reach more than a billion people is a Herculean one. This perhaps can only happen if the entire opposition, in unison, can articulate its concerns. That by itself may not be enough, for their voice must reach every village and every elector willing to listen. The biased mainstream media and some communication networks are an impediment. Times are tough but lives are built on hope.