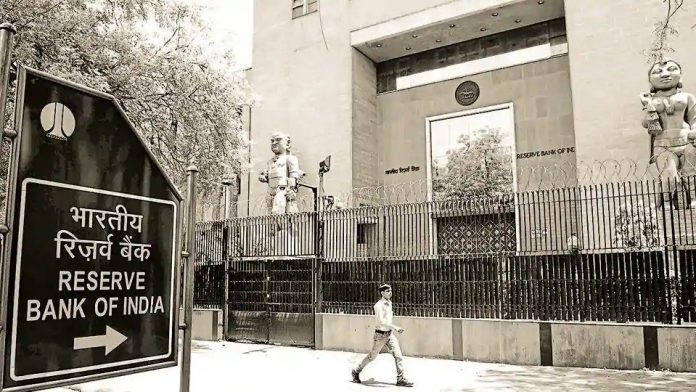 The Reserve Bank of India (RBI), the sentinel of our banking system having occasionally faltered as the supreme banking regulator, is often seen to be working in tandem with the government. Perhaps that is the reason why some suspect that its recent recommendation that pave the way for industrial houses to own and control banks may well have originated from a government which realises that public sector banks lack the capacity to provide credit to meet the growing needs of industry; that the supply of credit is unlikely to match its demand.

Public sector banks with the baggage of non-performing assets (NPAs) have limited space to lend. Consequently, more banking and financial institutions are needed to serve the demands of industrial enterprises.

Ever since demonetisation in 2016, the economy’s steep downturn has been a cause for concern. With the onslaught of the Covid-19 pandemic, its crippling effect is being felt in almost every sector of the economy other than those that use technology and digital platforms for providing goods and services.

Several sectors of the economy are in dire need of credit. Public sector banks are reluctant to advance them credit for obvious reasons. Apart from the norms of RBI, the Kamath Committee’s parameters for restructuring of loans will lead to large sections of business enterprises being deprived of credit. Given these parameters, the State Bank of India, the largest lender among public sector banks, may restructure barely 5% of distressed borrowers. Public sector banks are averse to risk-lending. Bank officers, being easy targets, are concerned about becoming victims in future at the hands of the Central Bureau of Investigation (CBI). No bank is likely to extend credit unless the loan is fully secured by collateral, the value of which gives absolute comfort to the bank. There is hardly any sector of the economy which has assets, in the midst of the pandemic, to provide enough security for advancing credit. The most badly-hit sectors are road construction, real estate, housing and hospitality, manufacturing and tourism, among others. These sectors provide maximum employment opportunities for the less privileged. Ironically, these are also the sectors that are starved of credit.

A few large corporate houses control a substantial part of our national assets. We are seeing the rise of economic oligarchs in key sectors of the economy. The perception gaining ground is that a few close to this government are patronised by public sector banks which provide them the much-needed capital in the form of credit to acquire assets critical for our future needs. If industrial houses are licensed to set up banks, they will ensure that a large part of the credit goes to their “relative subsidiaries and other connected enterprises”. RBI does not have the wherewithal to oversee every such banking transaction. Experiments in other countries allowing industrial houses to set up banks have failed miserably. The United States (US) does not allow corporate houses to set up banks. It violates the principle of conflict of interest and can, on no account, be justified.

Given the fact that industrial houses already control critical assets in our economy, to allow them to set up banks will make them even more powerful. A democratic country cannot afford to have its economy being controlled by a few powerful industrial houses which also have a huge stake in the banking system.

Of deeper concern is the public perception that these industrial houses are close to the ruling establishment. The electoral bonds which have been issued are seen to be contributions by such corporate houses to the political party in power. This gives rise to the suspicion that in the event they are allowed to set up banks, lending too will be targeted to benefit businesses and individual borrowers associated with or close to the Bharatiya Janata Party (BJP). Inherent in such a situation is rampant discrimination in the flow of credit which, in turn, will build compliant businesses and destroy non-compliant enterprises.

We have seen in the past how scams have occurred within the banking system. The scandals emerging from suspect banking practices in Yes Bank, ICICI Bank, Infrastructure Leasing & Financial Services Limited (IL&FS), Dewan Housing Financial Corporation Limited (DHFL) and many others, including individuals being investigated, have discredited both the banking system and the manner in which it is regulated. RBI’s oversight mechanisms are clearly not effective enough. The practices within the Non-Banking Financial Companies (NBFCs) have also left much to be desired.

It is imperative for RBI to consider other mechanisms to expand lending to businesses. The expansion of NBFCs under strict regulatory mechanisms is one option, but the heart of the problems lies in the direct and indirect influences that operate within our banking structure which need course correction. Unless the banking system adheres to strict parameters guided by best practices, the possibility of the banking system turning around and providing for much-needed credit to the industry is bleak.

That RBI has made such a recommendation despite the contrary opinion of the expert committee, is disturbing. RBI must justify its decision with unequivocal logic before it embarks upon this enterprise. Otherwise, it will not only compromise its own dignity and independence, but will also be charged with being a dependent, rather than an independent, banking regulator.