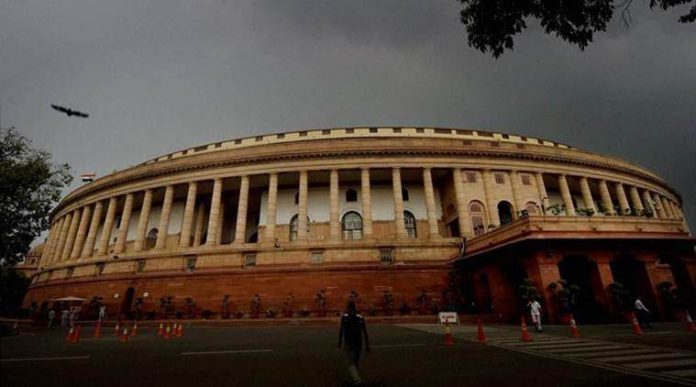 There are no sinners in politics. This applies to those who hang onto power and to those who usurp power. But the venal acrobatics of politicians are slowly eating into the vitals of our democratic culture embedded in the various provisions of our Constitution.

The Tenth Schedule to the Constitution was meant to deal with the politics of opportunism — to prevent “Aaya Rams and Gaya Rams”. It provides for the disqualification of members of Parliament and legislative assemblies if any such member voluntarily gives up membership of the political party to which he or she belongs or votes against the whip issued by the party in the course of proceedings in Parliament or the legislature. Initially, the disqualification principle did not apply if one-third of the members of a political party severed their allegiance to the party on whose symbol they were elected and joined another political party. This led to mass defections, thereby destabilising elected governments. The Tenth Schedule was then amended and the one-third provision done away with. The Tenth Schedule now will not apply unless two-thirds of the members of a political party merge with another political party. The two-thirds rule is difficult to circumvent except in small states where the strength of the legislative assemblies allows for such mergers.

To avoid the applicability of the Tenth Schedule, members of legislative assemblies are now using another route to destabilise elected governments. Under Article 190(3)(b) of the Constitution, any legislator is entitled to resign from the House. The Speaker, of course, has the power to rule that such a resignation is neither voluntary nor genuine. The Speaker, upon enquiry, has the power to reject such a resignation.

What the BJP has done in the recent past is to use this provision to topple democratically-elected governments. The means used are unique. The dissidents in the ruling party are whisked away in a private chartered plane, paid for either by the BJP or their friends, to a state where the party is in power. The dissident legislators are sequestered in resorts to savour the benefits of a five-star culture. We presume that no such dissident would risk his or her membership unless he or she has received benefits either in cash or in kind or both. The modalities of payments, if any, are worked out in advance. Comfortably ensconced and protected by the police force in the state in which BJP is in power, these dissidents then submit their resignations en masse, to the Speaker of the assembly of which they are members. In the meantime, they are kept incommunicado and not allowed to use their mobile phones. All attempts made by those in power in the state for access to the dissident legislators is denied. Those captive legislators may be willing “captives” for obvious trade-offs.

In Uttarakhand, the Congress legislators accompanied by BJP stalwarts were whisked away in a chartered flight to Delhi. This led to the imposition of the President’s Rule in the state, which was later set aside. The Speaker, in the meantime, had disqualified those legislators. Harish Rawat came back to office as chief minister. Similarly, dissident legislators in Karnataka were flown to Maharashtra in July 2019 in a chartered plane, and taken to a resort. The coalition government floundered and lost majority.

The latest such enterprise launched by the BJP has succeeded in Madhya Pradesh. Paid for chartered flights came in handy. Some of the flights took off from a high-security zone. This requires the consent of the defence establishment in New Delhi. In Karnataka, these dissidents were kept “captive” and enjoyed five-star hospitality. The Karnataka police ensured that all attempts made by the Congress to access the dissidents failed. En masse resignations of 22 MLAs, including six ministers kept “captive”, were handed over by the BJP to the Speaker. The Governor, taking note of the resignations, concluded that the Kamal Nath government did not enjoy the confidence of the House. He called for a trust vote — this was despite the fact that no claim was made by the BJP to form an alternative government.

This is democracy at work. This is yet another virus that has afflicted the political system. I dare say, there is no cure for it. The antidote can only be provided by representatives of the people who believe in the rule of law, are committed to democratic traditions and embrace constitutional values. The truth, however, is just the opposite. Governors, political parties, other constitutional authorities, the police and state governments are facilitators and hotbeds of intrigue in dismantling democracy. What we are witnessing is constitutional anarchy. The courts, however, watch in dismay and uphold such actions. The floor test has become a farce.