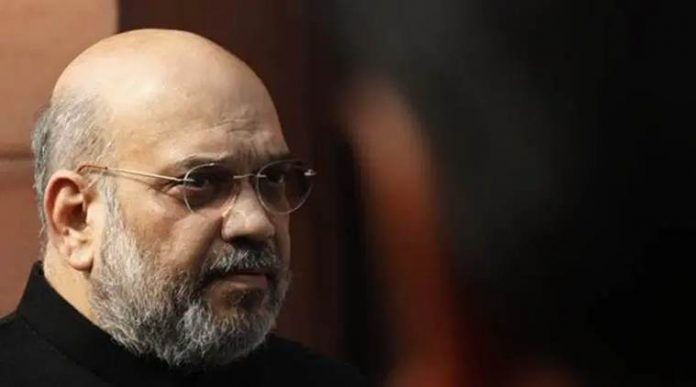 Union home Minister Amit Shah tried to bowl a chinaman in Parliament last week. He assured the nation that there will be no categorisation of “doubtful citizenship” in the process of verification while preparing the “Local Register of Indian Citizens”. When half-baked facts are made public through speeches, the truth is always compromised.

The whole purpose of preparing a National Register of Indian Citizens (NRIC) — as contemplated by the Citizenship (Amendment) Act, 2003 — was to ensure compulsory registration of every citizen of India and issue a National Identity Card (NIC) to every such person. For that purpose, a National Registration Authority (NRA) was set up. The Registrar General of India — appointed under the Registration of Births and Deaths Act, 1969 — was to be the NRA, who was to function as the Registrar General of Citizens Register (RGCR). The Act also authorised the Centre to appoint officers to assist the RGCR in discharging his functions and responsibilities; the procedure for doing so was to be prescribed by the rules framed under the Amendment Act of 2003.

The notification issued on December 10, 2003, which contemplated the establishment and maintenance of NRIC, was to contain the particulars of every citizen. The preparation of this register requires house to house enumeration for collection of data from each family and individual. This is required to be provided by the head of the family. The period of enumeration, which was to be specified under the present dispensation, starts from April 1 and continues till September 30, 2020.

Rule 4(3) of the above-referred notification stipulates the preparation of a Local Register of Indian Citizens (India to be divided into several local areas). This would include particulars collected from several families and individuals. This information will be verified and scrutinised by the local registrar (LR). Rule 4(4) stipulates that “particulars of individuals whose citizenship is doubtful shall be entered into the local register with appropriate remarks in the population register for further enquiry and in case of ‘doubtful’ citizenship, the individual or family concerned will be informed when the verification process is over”.

The above, therefore, demonstrates that the statement of the home minister — that in the verification process, no individual will be identified in the “doubtful” category — is contrary to the statutory requirement. The home minister’s assurance, therefore, is meaningless till such time the rule is amended to exclude such requirement.

Once the entire exercise under the rules is finalised, the RGCR will notify the date on which the NRIC shall be initialised throughout the country. This suggests that the purpose of the rules notified on December 10, 2003, was to have an NRIC excluding those whom the government, through a verification process, considers to be of “doubtful” category and are thus excluded from the NRIC. Obviously, therefore, the whole purpose of the NRIC was to exclude individuals and that exclusion was to be given effect at the level of the local registrar who, during the verification process, would weed out such categories of people who are not entitled to citizenship. If the exercise of “doubting” the citizenship of an individual is excluded, one wonders if it is necessary to have an NRIC. The assurance of the home minister, therefore, is not consistent with the intent of the law.

Let us assume that the verification process is not undertaken and the local registrar does not mark “D” against any individual’s name. Even then, under Rule 8, the district registrar, sub registrar or the taluk registrar or the LR of citizen registration may, by order, require any person to furnish information to determine the citizenship status of such person. It is obvious, therefore, that even without a verification exercise, a person can be denied the status of a citizen. No assurance has been given by the home minister in that context. In fact, no such assurance can be given — for that would be contrary to the intent of the legislation.

Rule 10 is another provision under which the citizenship status of a person can be questioned and his/her name removed from the NRIC. That power is with the RGCR or an officer authorised by him. Under Rule 11, it is necessary to maintain and update the NRIC, which would also entail removing names of individuals who may not be regarded as citizens of India. It is only after this exercise is conducted and the individuals of doubtful status excluded, that the NRIC will be a document on the basis of which NICs will be issued to all those who the central government believes are citizens of India.

The law and the rules, therefore, contemplate the exclusion of individuals as citizens at various levels: At the level of verification, by exercise of power by the district registrar, the sub registrar or the taluk registrar, or the local registrar by deletion of name, and on the directions of the RGCR — or any officer authorised by him/her and in the process of maintenance and updation of the NRIC.

Dear home minister, you need to tell the country what your real intention is — your assurance is not enough. It is time for you to be upfront about the government’s intentions. As said in the House, this is not about a community, it is about the poor, the marginalised, the unempowered who will have no documents to prove that they are citizens of this country. Their exclusion from the NRIC will be in the hands of junior-level officials whose discretion will jeopardise the lives of millions. The chinaman you bowled is not likely to fool the people.

‘Courts are meant to scrutinise … they should ensure compliance with...