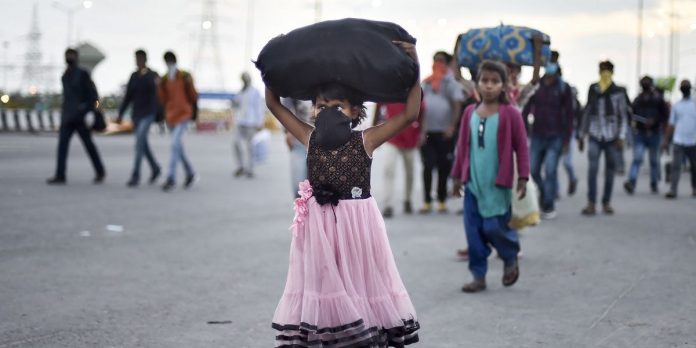 When nature surprises us in cruel ways, the concept of equality is in full display. Nature is completely transparent in its dealings with human beings.  The rich and the poor are targeted with equal ferocity. Yet it is the poor and the marginalised who suffer most in times of crisis. Nature does not discriminate. We do.

On December 26, 2004, at 7:58, the tsunami struck. An Oxfam survey found that poor communities were disproportionately affected by the waves’ force because the brick houses of the rich were more likely to withstand the onslaught. The most marginalised were people who did not own land. The impoverished lost everything. The report also found that the impact on poor people was compounded by a reconstruction effort that focussed on landowners, business people and the most high-profile.

The coronavirus has a global footprint. We have yet to witness the magnitude of its impact in India. With growing numbers, we must, while we hope for the best, be prepared for the worst. Hospitals, doctors and nurses will find it difficult to provide immediate attention to those carrying the virus. Our hospitals are not adequately equipped and the number of beds in isolation wards are limited. We need to immediately convert sports stadiums and other public spaces to manage the increasing numbers of the afflicted, now that the national spread of the new coronavirus has, as experts say, reached stage 3.

Around 80% of those affected will have a low-grade fever, which will pass. About 20% will need immediate medical care. Of these, around 5% may require ventilators to deal with respiratory problems. We just do not have enough ventilators. Even in the US, only one out of 50 afflicted can be provided with ventilators; 49 will have to be turned away. In situations like these, the privileged have a better chance of survival.

The virus is more lethal when those afflicted suffer from other ailments. The elderly and the undernourished with low levels of immunity are most vulnerable. Many of them may not have access to medical facilities, especially in rural India, where our primary healthcare system is not equipped to even handle ordinary healthcare needs. The affected in rural India may have limited capacity to access hospitals in urban centres.

The lockdown announced by the government is essential. Citizens must remain indoors to stall the spread of the virus. Some believe the lockdown will not contain but only delay the spread of the virus given India’s population density in slums and those living in ghettoized conditions.  Also, the lockdown has consequences. In our overpopulated cities, workers tend to share rooms. In Mumbai, beds are rented by those working in shifts. It may be difficult to enforce the lockdown on them. The plight of migrant labour, with the lockdown in place, is even more disturbing. Many of them stuck in transit, on their way to their villages, have nowhere to go. Requiring them to observe the lockdown without providing them shelter will be an administrative nightmare. States through which the migrant labourer is transiting are unprepared for this. Some of them, who may be carrying the virus, are bound to transmit it to others. Members of an NGO provide food to poor people, during the 21-day nationwide lockdown to contain the coronavirus spread, in Surat. Photo: PTI

States must also to worry about the unemployed, apart from those rendered jobless. This applies to workers in the automobile sector, restaurants and hotels, who are laid off. 60% of households in India employ help. Many of these people are now jobless. The economic consequences of the lockdown are staggering. What happens to the workforce when small establishments shut down and businesses come to a standstill. The unorganised, informal sectors and agricultural labour will be the worst hit. The state will find it difficult to enforce social distancing in such a situation. The poor living at the margins are likely to bear the brunt of the pandemic.

As far as businesses go, wholesalers, retailers, small shop owners, and the MSME sector will find themselves economically devastated. The drought in earnings and absence of credit will make recovery painful and difficult.

The government on Thursday announced  the much delayed, woefully inadequate, Pradhan Mantri Garib Kalyan package of Rs. 1.7 lakh  crore. Under the Pradhan Mantri Kisan Samman Nidhi, Rs 2000 will be front ended in the account of 8.7 crore farmers. The government also announced, free of cost, 5 kg of rice or wheat and 1 kg of pulses. Under the Ujjwala Yojana, LPG cylinders will be given free of cost for the next three months. Rs 500 per month for the next three month will be provided to 20 crore women Jan Dhan account holders.

The US, with a population of 330 million, has announced a financial package of $2.2 trillion. The UK has announced a package of $33 billion. Our total population is 1.3 billion, of which about 800 million earn less than Rs 10,000 a month. This should have persuaded the finance minister to announce a far larger financial package. Also, the cash amounts do not even attempt to address the enormity of the challenge that the poor in India face. There is nothing in the package for the unemployed and those rendered jobless. There is also nothing for agricultural labour. The finance minister has also chosen not to address the concerns of small businesses, the backbone of the Indian economy.

Both at the global and national level, we have responded unitedly. This is possible only because the pandemic affects all of us. Unity of response is only possible when we move forward with a unity of purpose. Inequalities are created by us, not by nature. There is a lesson in this. Those who govern us must look upon us as equal citizens. Their policies too, like nature, should not discriminate between citizens. We should listen to nature and its ways and in the process, mend our own ways.

Centre must own up to failures in handling second wave

‘Courts are meant to scrutinise … they should ensure compliance with...