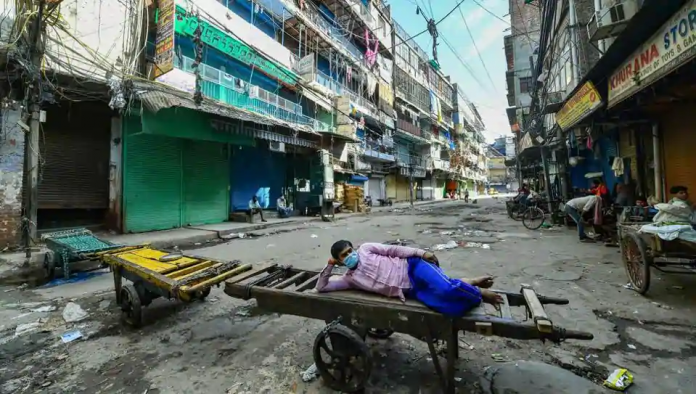 Any number of Sonny Liston punches will not knock out the coronavirus disease (Covid-19). It is here to stay. Nineteen deaths in one day and 67 in a week in Ahmedabad do not augur well. Health care workers around the country, in the absence of personal protective equipment, have been infected. Doctors, without protective gear, having risked their lives to protect people, have succumbed. Over time, the curve will flatten. Infection will increase with herd immunity setting in. By then, familiar with the precautionary measures, India will be ready to deal with those infected. The ultimate remedy is a vaccine which is at least a year-and-a-half away.

But the knockout punch to the Indian economy has serious long-term consequences. The 40-day economic freeze will take several quarters to revive. A global recession may well be round the corner. The estimated loss caused to the global economy is about $11 trillion. The United States (US) economy will have a negative rate of growth. India’s, too, will witness a negative growth rate this year. The fact that this virus originated in Wuhan, China, has geopolitical implications. In these changing global equations, the developed world will want China to lose its primacy as a global supplier of goods. Factories may have to relocate from the country. India may not be the most attractive destination for such relocations. Our tortuous regulations, illiberal mindset and a divisive environment, coupled with the lack of quality infrastructure and human resources, are serious impediments to attracting investments for manufacturing.

Our service sector may find it difficult to exploit global opportunities given the mood in the US to reduce its global dependence on goods and services. The nature of the labour market will change. The impact on modes of production will need rebooting. The self-reliance that Prime Minister (PM) Narendra Modi talks of is easier said than done. Any shift away from globalisation, which is likely, will impact us.

The government’s policy response to the pandemic has been wanting. North Block must realise that any advisory issued cannot be uniformly applied across the country. The lockdown has dealt a lethal blow to our economic revival. Had this been thoughtfully planned — and there was time enough to do that between January 28 and March 24 — India would not be facing an economic crisis of this magnitude. Migrant workers, stuck at shelter homes with inadequate food, water, sanitation and other essentials, are not willing to go back to work. They have unduly suffered during this period.

The directions issued to industry to start operations do not take into account realities on the ground. A seamless manufacturing unit cannot operate at 25% capacity. The cost of running the unit will not be economical. In the absence of demand, and an already full unsold inventory, there is no logic in running a unit. This applies to the automobile, steel, and some other sectors. The textile industry, which survives on exports, has been badly singed. The Chinese are willing to fill the vacuum. Buyers in Europe and the US, if not serviced, will move to other suppliers. The real estate sector needs special attention and a separate package. Its revival creates demand for steel, cement and sanitaryware. Besides, this sector generates employment. Micro, small and medium enterprises, the hardest hit, need immediate financial support to stave off massive closures and bankruptcy. This pandemic is unique for it disrupts our economy both on the supply and demand side. The demand side sectors bearing the brunt include trade, transport, travel and tourism, hotels, sports and entertainment. Financial services are also badly hit. On the supply side, India is witnessing supply chain breakdowns in respect of both imports and exports, with China, South Korea, Italy, Spain, France, Germany, the United Kingdom and the US. The pandemic has dealt a devastating blow to the economies of these countries affecting India’s global trade as well.

Domestically, with subdued revenue collections, India will have to rely on expanded borrowings and non-tax revenue sources. Postpone adhering to fiscal deficit targets and work out a substantial stimulus package to kickstart demand. States, apart from scaling up health care facilities and ensuring food security, must also provide income support to those who have been deprived of their means of livelihood. Along with falling Goods and Services Tax (GST) revenue shares, the excise earnings of states from the sale of alcohol and fuel have also dried up. With the near shutdown of industrial and commercial activity, the demand for electricity has fallen. Real estate transactions are also frozen. All this has put the finances of the states under real strain. The Union still owes about Rs 34,000 crore to states as GST compensation for December 2019 and January 2020. The Fiscal Responsibility and Budget Management Act, 2003, which limits state borrowing, will further hamper state governments in their attempts to revive the economy.

The frequent, often confusing, advisories issued by North Block are evidence of the government’s inept handling of the pandemic. The directive to employers to bear the burden of paying employees’ salaries during the lockdown, apart from being illegal, is blind to their differential financial capacities. We need plans of action, mandatory under the National Disaster Management Act, 2005. Decisions should be taken after consultations with stakeholder representatives. We need coordination between the Union, state and district authorities allowing for monitoring. Different sectors of the economy need separate bailouts.

The road to economic revival is to create demand to whet the appetite of supply chains. Demand can only be created by putting money in the hands of the 800 million poor whose capacity to earn has been impacted. This daunting challenge requires a national response. The government must display both transparency and the willingness to make decisions based on ground realities. The sensitivities of each section of society in formulating a policy framework must be considered. That alone will help us get back on track.

BJP govt has not much to write home about