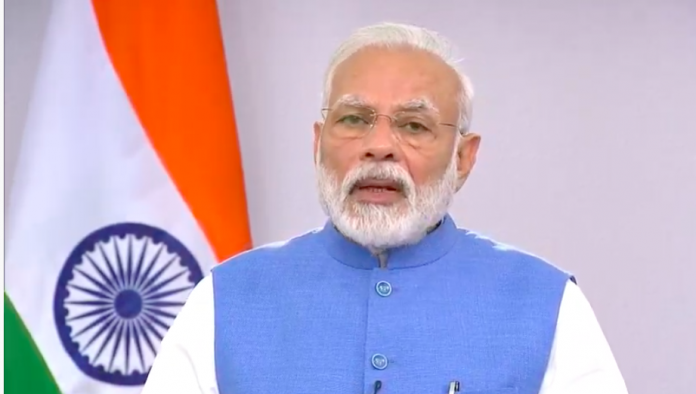 On November 8, 2016, when Prime Minister Narendra Modi demonetised high denomination currency notes, he assured the people that in 50 days the adverse consequences of the cash freeze will be resolved. This ‘surgical strike’, he claimed, will eliminate unaccounted money, put an end to terrorist activities, rid us of fake currency, and corruption.

If at the end of 50 days people’s problems didn’t get resolve, PM Modi had said he was willing to suffer any punishment at their hands. The problems facing the poor and businesses did not end after 50 days. The impact of demonetisation is being felt even today. The country lost 1.5 % to 2% of its GDP and the poor suffered the brunt of this ill-thought decision.

Let’s hope it’s not a Mahabharat

To see why the PM’s comparison is ill-conceived, we need to recall what happened in Mahabharat. It was one of the bloodiest wars ever fought. It was so monstrous that almost 80 per cent of the male population died. Mahabharat symbolised the victory of ‘good’ over ‘evil’. Pandavs won and Kauravs lost.

The curse of Gandhari resulted in the exodus of the entire Yadav clan to Prabhasa where after a murderous rebellion, the Yadavs ended up killing each other, almost wiping out the entire race. While stopping the rebellion, Krishna was also killed when a hunter mistakenly shot him with an arrow, after which he merged in the image of Vishnu, leaving his mortal human body.

Indeed, Ved Vyas tells Arjun that the purpose of his and his brothers’ lives is over. The Pandavs finally decided to climb the Himalayas as a final penance to reach heaven. As they started climbing, they too died leaving Yudhishthir alone to make it to haven.

We pray to the god that the tragic consequences of the Mahabharat do not visit our population. We must save lives. This war against the coronavirus will not end in 21days for several reasons. We do not even know how many people are carrying the virus. We do not have the testing equipment needed, in terms of quantity, to determine the number of people infected. Our doctors do not have personal protective equipment as they put themselves and their families at risk. There is no vaccine in sight.

It will perhaps take one to one-and-a half years to have a vaccine. The virus has already reached Stage 3. Unless providence proves otherwise, the number of those affected will increase exponentially even if we are able to provide for testing equipment and qualified doctors.

We do not have enough isolated beds and wards to ensure that the virus does not spread further. There are not enough ventilators and their timely manufacture to meet our requirements is unlikely. Even in the developed world, ventilators are in short supply. Given these circumstances, the lives of the elderly and those already suffering from other ailments, being more vulnerable, are at risk.

The analogy with Mahabharat is also flawed because there the enemy was known and visible, unlike our battle against this killer virus.

The reality is that neither we nor the world is ready to meet this challenge. The US is having a sudden surge, especially in New York of those affected. They neither have the beds nor the equipment to deal with this emergency. The US has cleared a $2.2 trillion package to deal with this pandemic. In the course of this battle, many may succumb against this unforgiving enemy.

PM Modi should also be cognizant of the enormous economic consequences that our government will have to deal with after the 21-day lockdown. Tragic human stories will be told in times to come. The plight of migrant labourers; the consequences of joblessness; the travails of the unemployed and the helplessness of the poor, who have no access to decent healthcare. These are concerns that the government must recognise and provide for.

The ₹1.7 lakh crore financial package is inadequate, both in terms of quantity and quality. All affected need immediate succour with a one-time financial package and not just those covered by the Pradhan Mantri Gareeb Kalyan Yojana. The jobless, the migrant labourer, the unemployed and daily wagers, along with those in the wholesale and retail business also need attention.

Small businesses too will see a steep fall in earnings. Some tax relief for them is necessary. Those indebted to banks need loan and interest payment deferment. Even the financial package announced requires meticulous implementation efforts. Even after providing for this, there will be many who will be left out.

In the meantime, supplies of essential commodities will be disrupted and anti-social elements and black marketeers will exploit the poor who will be the hardest hit. Corruption, favoritism and discrimination will be the order of the day. For the privileged, who have space and resources, these 21 days will pass, but those without resources and space may be subjected to untold sufferings.

The impact of the economic crisis of this pandemic will begin to be felt this financial quarter itself. We may lose at least 2% of our GDP in 2020-21. Businesses will shut down. Non-performing assets will increase. Banks will be stretched and credit off-take, which fuels the economy, will be limited.

We are already witnessing the consequences of this ill-planned lockdown. First, the states were not consulted. They were totally unprepared for the migrant exodus. The long march on highways and waves of humanity desperate to reach home have brought home the realisation that you cannot lockdown a nation without being prepared for the fallout.

The lockdown hasn’t worked and social distancing is a non-starter. That explains the decision to discontinue the complete lockdown after 14 April. But images of sanitisation of migrant workers, who walked hundreds of kilometers without food or shelter to reunite with their families will haunt us for years. The lockdown resulted in an economic blockade with businesses shutting down and movement of goods and services reduced to a trickle. The long-term economic costs, in the middle of a global impending recession, will be felt in the years to come.

There is another fallacy in Modi’s comparison of the present crisis with the Mahabharat. Mahabharat represents triumph of good over evil. The real evil in this war against the pandemic is not the virus. The real evil is ‘us’. We have plundered nature for our own selfish ends, for our comforts. We have ravaged every possible living and non-living bounty of nature. By our ever increasing greed, we are trying to interfere with the way nature works. It works for the preservation of the species. We are ensuring its destruction. The enemy, dear Prime Minister, is not the virus, like the Kauravs. It is us and we certainly are not the Pandavs.

Caste and the implementation of reservation

The India we are living in today