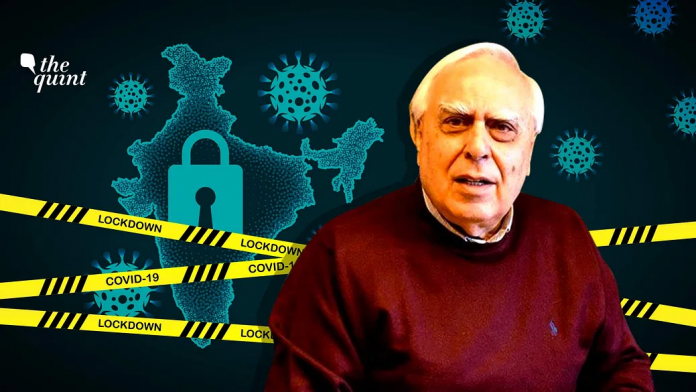 The time has come for us to reassess the way we conduct our affairs, both within India and globally. All regimes were unprepared to confront the coronavirus pandemic. The reason is not difficult to see. Governments globally, especially in the western world, have continued to pollute as if there is no tomorrow. Nature has responded, and we are groping for solutions. In doing so, governments have, through directives and advisories, curtailed our freedoms for the common good.

This, some say, has exposed the fragility of democracy. Some believe that a strong, decisive government, the symbol of a ‘powerful’ executive authority, is the ‘new normal’.

Thomas Hobbes described the life of man in the state of nature to be “solitary, poor, nasty, brutish and short.” Though we choose to call ourselves ‘civilised’, unequal power structures, a hegemonic caste system, heart-rending and open brutalisation of the weak, and gaping social and ever-widening economic inequalities make a poor man’s life in India no less “nasty, brutish and short.” This was true even prior to the COVID-19 pandemic.

No Clampdowns In the World Akin to India

The lockdowns that nation-states have imposed during the coronavirus pandemic, with diktats that transgress democratic norms, have been extolled as a virtual necessity, and welcomed. It is at times like these that our fragile democracy needs to protect our citizens with greater commitment to its values. In most jurisdictions, democratic rights have not been brushed aside. Livelihoods are sought to be protected. There have been no clampdowns of the kind that we have seen in India.

Other countries have demonstrated transparency in government decision-making and sensitivity towards the freedom of their citizens.

UK Prime Minister Boris Johnson, upon recovering, was keen to “fire up the engines of the economy” – and committed that decisions to lifting restrictions would be taken with the “maximum possible transparency”. Under the ‘Job Retention Scheme’, UK will pay 80 percent of salaries to all furloughed employees. This scheme also covers self-employed workers. Courts too are functioning, with the judge given the discretion to deal with his roster. Life has not come to a standstill.

How the Rest of the World Is Emerging From Lockdown

In France, primary schools and shops are to reopen on 11 May. In Austria, gatherings of ten are permitted, with restaurants and hotels to reopen with conditions. Spain will allow bars and restaurants to run at 30 percent capacity. In Germany, students have returned to school. Some shops have been allowed to reopen. Volkswagen, the car manufacturer, has started production. The impact of the coronavirus pandemic in the US differs from state to state. Many states in the US have allowed businesses to reopen.

Eight of the US states never issued any mandatory orders to stay at home.

Restaurants, entertainment and non-essential services have opened up in Georgia, Oklahoma and South Carolina. The Governor of New York, Andrew Mark Cuomo, has announced that in some parts of the state, he plans to un-pause the lockdown restrictions. The USD 2.2 trillion stimulus package in the US includes unemployment compensation.

The Fragility of Democracy

Closer home, China, the host of the pandemic, has managed to limit its impact. China’s manufacturing activity has not come to a standstill. Being ahead of the curve, while the rest of the world is under complete or partial lockdown, China sees this as a commercial opportunity. It is also seeking to extend its area of influence in the South China Sea. By naming islands in the South China Sea, it has sought to establish its sovereignty over them while the world is grappling with the COVID-19 pandemic. Similarly, in South Korea, the engines of growth have not been halted.

Stakeholders within democratic systems are not subjected to diktats which make the State look dictatorial.

In times like these, we must restate the importance and fundamentals of democracy. Since 2014, the erosion of democracy in India has been palpable. Those who post dissent / criticism on social media sites against high functionaries, stand the risk of getting arrested. Institutions have not lived up to the expectations of our forefathers. Speakers in various assemblies, governors, vice chancellors of universities, the Election Commission itself – have to stand up and justify their existence by discharging their constitutional responsibilities. Experience, even in the absence of the pandemic, has shown otherwise.

The fragility of democracy has been on display for a while. Any attempt to justify the concentration of State authority alluding to terrorism, economic melt-down and wars is both disappointing and dangerous.

On the contrary, it is at times like these, when the State exercising its power debilitates democratic values on the pretext of ‘protecting’ its citizens from the spread of coronavirus, that criticism should be welcomed as a means of empowering the State with the wisdom of several stakeholders – who also have the good of the State at heart.

To close down the activities of 1.35 billion people by giving them four hours’ notice of ‘preparation time’ is hardly an exercise of power that should be encouraged. The mayhem it has caused is a blot on democracy. To term this as ‘efficiency’ and ‘display of alacrity’ of the Executive in tackling the coronavirus pandemic is to play around with the truth.

This ill-conceived decision has resulted in unimaginable misery faced by ordinary citizens, who have no homes to go to, and no means to survive. Many have had to walk hundreds of kilometres to reach home.  Some haven’t made it.  I shudder to think how this kind of ‘alacrity’ meets with the constitutional obligations of an elected government.

Another aspect that results in the concentration of powers in the hands of the Union Executive is the nature of the Indian Constitution.

Its unitary character makes our federal structure fragile. That contributes to democratic fragility in India. The Union Government is constitutionally empowered to exercise enormous control over our states.

The extent of finances to be shared with the states; the residuary powers with Parliament to pass legislations on subjects not covered by the distribution of legislative functions identified in the Seventh Schedule to the Constitution; overriding powers given to Parliament in respect of states in the Concurrent List – these are all examples of the trappings of a unitary form of government. To this constitutional framework are added enormous powers vested in the National Investigation Authority (NIA) in matters of terrorism, and those vested in the Central Bureau of Investigation (CBI) dealing with corruption – which, in many instances, are not used fairly and justly. In the recent past, serious allegations of corruption against its former directors have tarnished the CBI’s image.

Chief Ministers of states, including those where the BJP is in power, were not consulted before the announcement of the lockdown on 24 March. Thereafter, North Block has issued diktats from time to time, disconnected from the realities on the ground. These apply to the movement of people, goods and of services. Commercial establishments are directed to pay salaries to employees without reference to their economic health. The National Disaster Management Act, 2005, which is a statute under which these powers can be exercised, seems to have been discarded by North Block when issuing diktats binding all state governments and people living there.

This Leviathan seeks to aggrandise itself with more powers.

In the long term, in a country like India, these attempts will fall apart. The diversity of India, its regional aspirations, its caste structure, and the politics around it are all impediments in the way of the Leviathan. We are witnessing a period of transition.