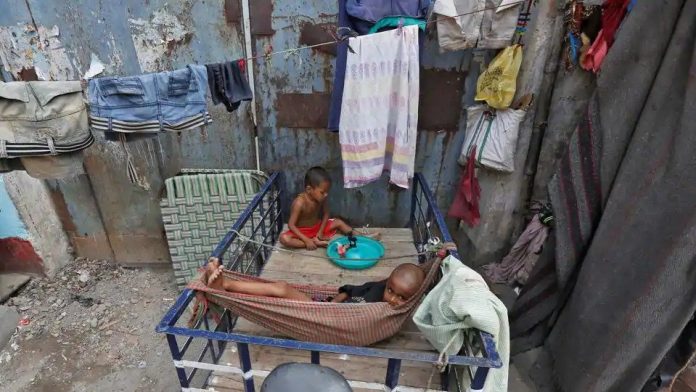 We need a new economic model of development when dealing with natural resources. As a policy, governments have been allowing the private sector to exploit these resources for the greater public good. However, we are moving towards a unique form of crony capitalism. Significant public assets and resources are being cornered by key players, perceived to be close to those wielding power. We are becoming an economic oligarchy where natural resources, which are public assets, are monopolised by a few who, in turn, profit themselves and their political mentors.

Without economic prosperity, the lives of those at the bottom of the pyramid cannot be uplifted. But this requires a model of development that gives space to all those who participate in various economic enterprises. Once resources percolate down, the animal spirits of entrepreneurship are unleashed. But this is unlikely if economic resources are concentrated in the hands of a few. What we see today is the widening disparity between the haves and have nots. The former comprise around 10% of the population out of which the richest 1% held 42.5% of the national wealth generated in 2019 — while the bottom 50% held a mere 2.8%. Similarly, the richest 10% of the population holds 74.3% of the total national wealth — while the remaining 90%, a mere 25.7%.

According to an Oxfam report released in January, the richest 1% in India holds more than four times the wealth held by 953 million people who represent the bottom 70%. Around 800 million people in India earn less than ₹10,000 a month. This cannot possibly be the foundation of a successful economic model. What we need is a sector-wise strategy.

Take, for example, the telecom sector that revolutionised communications and brought it to the doorsteps of almost a billion people. The sector is in debt of more than ₹4.4 lakh crore as of March 31, excluding Adjusted Gross Revenue dues. This year, the Sveriges Riksbank Prize in economic sciences in memory of Alfred Nobel has been awarded to Paul R Milgrom and Robert B Wilson for improvements in auction theory and innovation of new auction formats. They analysed the criticisms levelled against auctions and pointed out that the auction design often leads to buyers overbidding to corner a resource without which their enterprises cannot survive. Such resources are raw material for them. This results in what is called winner’s curse.

So, the key is to design auctions in such a way that the winner can earn revenues to discharge the entity’s debt obligations. Clearly, spectrum auctions in India were badly designed resulting in two key players controlling the market.

The auction of coal blocks has not enthused bidders despite government claims that, with private sector participation, coal production will increase exponentially. In the process, the government also hoped that these auctions would be a source of substantial earnings for it. All these hopes have been belied. This has impacted power and other key sectors of the economy. Our indigenous production of coal is not enough to meet the demands of the market. With private enterprise not opting for coal blocks sought to be auctioned, importing coal at high cost is hurting the industry. India’s thermal coal imports have been rising since 2017, and were nearly 200 million tonnes in 2019 — an increase of 12.6% year on year.

We must first determine the objective behind the distribution of natural resources, including minerals, air waves or other assets meant to serve the public. If the objective is to enrich the government, the results will be skewed and public interest will suffer. If land is auctioned at market price for hospitals and educational institutions, few will invest because the price of the asset will make the enterprise uneconomical.

Of course, public assets cannot be distributed at throwaway prices since that too is against the public interest. What is needed is to create an economic model in which the government shares in the profits made by industry, as it continues to exploit public assets for public good. That is an objective governments must embrace when delineating policies allowing private enterprise to exploit public assets. Sharing profits with the government, as the enterprises continue to prosper, will have its own challenges. Outright auction of public assets based on ill-designed auctions will prove a death knell for industry.

When dealing with each sector of the economy, the government must have a separate strategic plan to ensure that there is greater participation of those involved in the prosperity of the sector. The government will be confronted with issues related to technology and resources, but the key ultimately is to allow for innovation. In fact, most government resources should be best applied to creating innovative solutions in each sector by analysing its unique problems. Industry has to participate in this enterprise and governments must not view this with suspicion, nor should the architecture of government policies benefit just a few players.

The time has come for the political system to become more robust and transparent. What is urgently needed is an economic model with a public purpose in terms of creating prosperity for those at the bottom of the economic and social ladder. At the moment, we live in a country which seems to have lost its way, a country obsessed with politics and aggrandisement of power; a country where private interest takes primacy over public good.