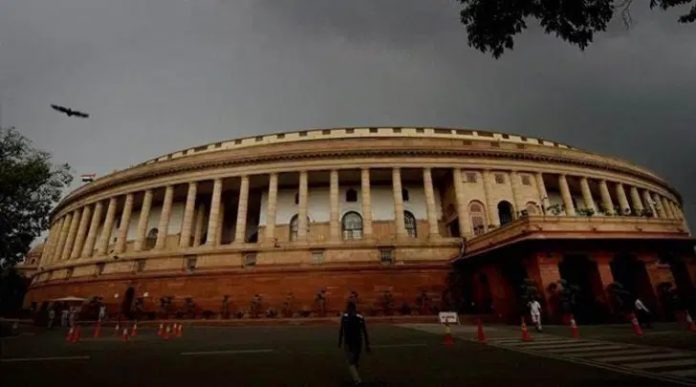 For the country to stand together in times of crises is a national imperative. Be it COVID-19 or the occupation of key strategic areas by the Chinese across the Line of Actual Control (LAC) in the Ladakh region. While we stand with our brave soldiers valiantly protecting the integrity of our borders, our government considers it anti-national if we seek answers from it. This, they say, helps the enemy and compromises our national endeavour to push back the Chinese.

We are not at war. The Chinese have made attempts time and again to “slice by slice” occupy our territory across the LAC, along the border stretching 3,488 kms. The 1962 debacle saw Prime Minister Jawaharlal Nehru lamenting the betrayal of the Chinese. Ever since then, several attempts have been made to settle what constitutes the LAC, but to no avail. Recent intrusions by the Chinese across the LAC are yet another act of betrayal. While our prime minister was lulled into complacency by the so-called personal rapport that he publicly proclaims to have with Xi Jinping, he forgot that personal photo-op events are no substitute for deft diplomacy, strategic planning and posturing in the pursuit of national interest. When our prime minister was feting President Xi in Gujarat espousing “inch towards miles” — a motto representing the forward march of a warm bilateral relationship — hundreds of soldiers of the PLA were intruding into Chumar. For long, the Chinese have coveted Arunachal Pradesh as their territory, referring to it as South Tibet. They now wish to control strategic areas in the Ladakh region. Questions are being asked of the government in the context of Chinese acts of aggression in the Galwan valley, their control of the strategic Y junction 18 km inside our territory and their ominous presence from Finger 4 to Finger 8.

n other democracies too, both in war and warlike situations, asking questions is never considered anti-national. Questions are asked, Parliament is convened, and no-confidence motions are moved. In the midst of the Second World War, John Wardlaw-Milne, a British Conservative party politician, tabled a motion of no-confidence, questioning the central direction of the war effort, a situation far graver than what we see along our borders today. The Second World War was fought for the survival of democracy itself, and yet, the House of Commons witnessed vigorous debates on the manner in which the war was being conducted. The no-confidence motion was the first direct challenge to Winston Churchill after he became prime minister.

Parliament in England was not silent nor was the opposition silenced. The no-confidence motion was moved at a time when the Allied Forces were defeated in Tobruk and after the failure in Norway. It was alleged that the organisation of the war machinery was too loose and inadequate on top. While the government was lauded for its achievements, it was criticised for its failures.

It is instructive to note that in August 1939, in the midst of the war, Neville Chamberlain resigned pursuant to an adjournment motion moved in the House. He won the motion by a reduced majority, yet resigned. Churchill took over as prime minister. Those moving such motions were not regarded to be anti-national.

In fact, since the Second World War, it has been the practice of successive governments to consult the House of Commons to ensure that the will of the House is supportive of the government’s policy on armed conflicts. Vigorous debates took place at the time of the Iraq war in 2003. Of course, open discussions in Parliament do not mean revealing strategies in dealing with military challenges that lie ahead. Surely, the concerns of people and political parties should not be brushed aside because the questions asked might expose the government’s failures on several fronts.

Similar debates have been seen in the Senate and the House of Representatives in the United States. During the Iraq war, a resolution was moved in the Senate for termination of authorisation, after a period of 12 months of giving such authorisation, to the US president to carry out military operations against Iraq. Senator Kennedy intervened and said, “the question is not whether we will disarm Saddam Hussein of his weapons of mass destruction but how. And it is wrong for Congress to declare war against Iraq now, before we have exhausted the alternatives… It is wrong to avert our attention now from the greater and far more immediate threat of Osama bin Laden and al Qaeda terrorism”.

Senator Byrd reminded the President of the American involvement in the war in Vietnam, which led to the death of 58,000 Americans with massive protests deeply dividing America. He lamented that at the time of the Tonkin Gulf Resolution: “We had not asked the right questions nor enough questions. We… should have been demanding more hard evidence from the administration rather than accepting the administration at its words.”

No democratic government is heard saying you cannot ask questions and we will not give answers. That is antithetical to how a democracy functions. We ask questions because we have the right to know. The government must give answers because it is obliged to give answers, not in respect of any military strategy, but in respect of the situation on the ground. The prime minister, when saying that no one entered our territory, no one is present there and no Indian posts have been captured, must explain why he said so when the reality on the ground, was at the time, and, is just the opposite, even today. The prime minister owes an explanation to the nation.

Surely, the quality of Indian democracy is resilient enough to appreciate that the concerns expressed are only to ensure that the nation stands together in times of crisis.