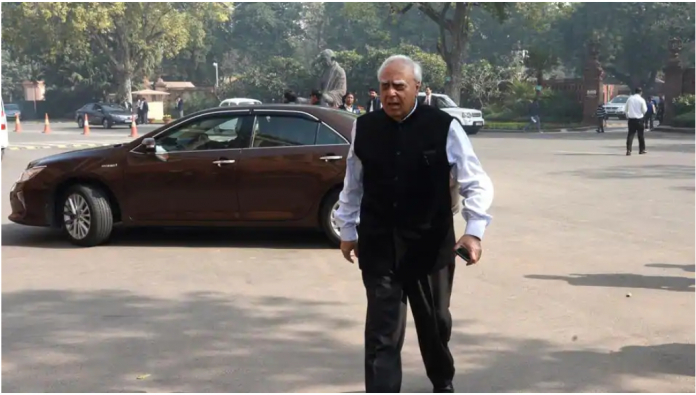 No court can pass any protective order for those against whom disqualification petitions are pending, senior Congress leader Kapil Sibal told Sunetra Choudhury in an interview, adding that he was shocked by the Rajasthan high court’s Friday order. He also said he was concerned about what’s happening in the Congress. Edited excerpts:

What according to you was the import of the High Court judgement today?

I am shocked, totally shocked. Obviously the HC has no regard for precedent. There is a 5-judge judgement of the Supreme Court which says that the proceedings before the Speaker till the Speaker decides on the disqualification are proceedings of the house. And that therefore, no court can pass any protective orders for those against whom the disqualification petitions are pending. It’s a decision which was taken way back in 1992 in a case in which I was also a counsel. That’s the judgement of the SC and it is binding on every court. It’s a sad day if institutional authorities do not give respect to judgements of court.

The disqualification notice is a matter of public record and is 3-4 pages long and gives all grounds and sets out what the fears are. It has nothing to do with what you are saying. Many of them (the dissident MLAs) said they want a trust vote to be held. Now, if you are a member of the party, and you owe allegiance to the party and you haven’t left the party, then what’s the trust vote you want to hold? Why have you gone to Haryana which is not a Congress state? And you are being protected by the Haryana police and the CRPF– what is that got to do with what you are saying?

The issue jurisdictional, till the Speaker decides on those issues, the court cannot pass an order– that’s the law of this country.

As we speak there is a dharna (protest) by Gehlot and his legislators at Raj Bhavan. The CM used strong words against Pilot and is now criticising the governor …

I remember Gandhiji and the days of the British Raj. when the powers that be never listened to the freedom fighters. Ultimately what did Gandhiji do? He held dharnas. What did our national leaders do? They held dharnas, so a dharnas is not an uncivilised act. As far as language is concerned, every person uses the language that is judicious to use, I don’t want to comment on that. We may not have any knowledge or information about what was been happening in the past within the state, and what actions were taken by certain people. And that, I guess, the CM is privy to and he may have said something. Media should look at the issue and not the words. What’s the issue here? A man says he’s a member of the Congress party, and yet the man says my people and I will not go to meetings of the Congress party.

Here is a man who became MP in his 20’s, then in 2009, in his early 30’s he became a minister. He lost in 2014, then when the assembly elections took place, he became deputy chief minister. He had 5-6 portfolios. What’s he unhappy about? Is this an unhappy journey? Can he have any grievances? Which member of the Congress party got what he did at such a young age? I don’t understand and I’m 72 years old.

Have you had a change of perspective? It was your tweet which alerted everyone to the crisis within the party. You expressed concern about the situation which was making Sachin Pilot leave.

Of course I am concerned. I am concerned about what’s happening in the Congress. I have said that publicly. I have said these issues should be resolved much earlier. Sometimes we have people who do not want to resolve these issues. I am not talking in favour of A or in favour of B, I am a Congressman at heart. I am not for or against somebody, I am for the ideology, I am for what it (the party) stands for. And I am hurt when things like this happen to the only opposition party that can fight this government which is running roughshod over people. That’s what I am upset about and I am upset with my party also.

Could you elaborate on that?

I am wedded to the party. Never in my life, would I leave this party or this ideology. I am upset with everybody but am more upset with this government than with my party.

The other side says that it is the prerogative of the governor to decide when to call the session?

That’s also governed by the Nabam Tuki (Arunachal Pradesh) judgement. Governor has no discretion in the matter. If the government wants to call the session, why isn’t he calling it? What’s the problem?

There is the pandemic…

When in March, the Madhya Pradesh session was called, there was no pandemic? Today government offices are working in Delhi and Jaipur. And if you don’t want to call the session because of the pandemic, then have it through video conferencing. What’s the problem? You can have any excuse not to call the session.