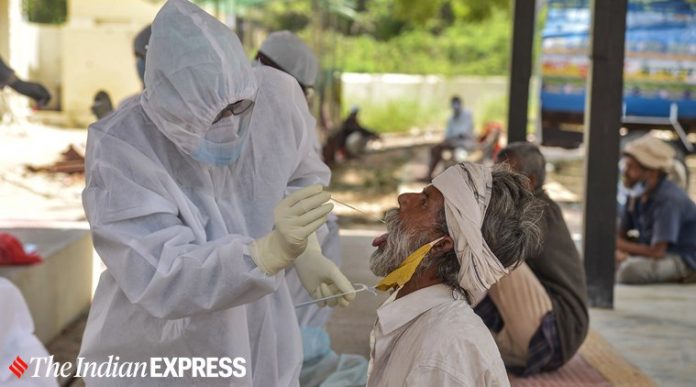 Parliament enacted the Disaster Management Act, 2005 (Act of 2005) to ensure that the mechanisms to deal with a natural or man-made calamity carved into the act, deliver without delay. But the response of the political system has been laggard.

Coronavirus, a pandemic, along with its spread is a global catastrophe which has already resulted in loss of lives and untold human suffering. The community on its own lacks the capacity to deal with the disaster. The pandemic needs to be addressed through the provisions of the Act. The National Disaster Management Authority (NDMA) of nine nominated members chaired by the Prime Minister is responsible for laying down policies, plans and guidelines for managing disasters. The response must be timely and effective.

What is required is a National Plan for managing this disaster in coordination with states and district authorities. Ministries and departments of the Union must act to deal with and mitigate the effects of the disaster. An Advisory Committee of experts recommends action plans at the national, state and district levels. We are unaware of any such recommendations. A National Executive Committee (NEC) chaired by the Secretary of the Ministry or Department having administrative control of disaster is responsible for preparing the National Plan to be approved by the NDMA. Secretaries of other ministries are included in the NEC.

It is to coordinate and monitor the management of the disaster, to implement the National Plan, provide assistance to State Governments and evaluate levels of preparedness from the national to the level of the district.

The NDMA alone, with an approved National Plan, is obliged in law to decide upon mitigation measures, integration of action at various levels and prescribe to various Ministries their respective roles in managing the disaster.

Widows and orphans too have to be taken care of. The NDMA alone can recommend restoration of means of livelihood, relief in repayment of loans or grant of fresh loans to persons affected, at such concessional terms as it may consider appropriate. All the above is prescribed under the provisions of the Act of 2005.

One wonders whether the announcement of a national lockdown by the Prime Minister on March 24, 2020 was the decision of the NDMA in the context of a National Plan prepared under the provisions of the Act of 2005. It clearly was not, given the absence of prior consultation with state governments. Had there been a National Plan, it would have catered to the requirements of migrants before announcing a lockdown. In its absence, we were caught napping. The fallout is that lakhs of our people are without food and without necessities of life. Recent protests both in Bandra and Surat are evidence of frustrated migrants living in inhumane conditions and desperate to go home. Their means of livelihood have been seriously jeopardized and they need ex-gracia assistance for the restoration of their livelihood. This requires data collection so that we know exactly how many people are affected, how many of them need assistance. This data is to be collected at the district, state and national level. It is only then that the directed relief envisaged under the Act can be given. Businesses have been affected across the country, especially in the MSME sector. Loan repayments cannot be made, credit is scarce. All these consequences have to be dealt with institutionally. But none of this is in place.

Notifications by ministries have to be in tandem with institutional decision-making, consistent with recommendations under the National Plan. Plans at the State and District levels must be guided by the NDMA. The absence of these institutional mechanisms has resulted in the mayhem that we are witnessing. Children stuck in Kota in the thousands, inability to test infected individuals in time, doctors falling prey to the virus in the absence of protective equipment and other emerging challenges have to be dealt with institutionally. But ad hoc decision-making and experimentation is the order of the day.

There is a chapter related to offences and penalties in the Act. Any criminal proceeding can only take place on a complaint made by the National Authority, the State Authority and other entities set out in the Act. For the person to be proceeded against, a notice period of not less than thirty days is required to be given for the alleged offence pursuant to which the complaint can be made. The FIRs that are lodged are contrary to the provisions of the Act, since the field is occupied by the Parliament through this legislation. Section 72 of the Act of 2005 stipulates that the Act shall have effect, notwithstanding anything inconsistent therewith or contained in any other law for the time being in force or in any instrument having the effect by virtue of any law other than the Act itself. All actions taken by the authorities inconsistent with the provisions of the Act may not be legally sustainable.

We need to wake up and function within a regime the contours of which have been laid down by Parliament. India is not a one-man show. Democracy cannot function through adhoc decisions. Preparedness is only possible when dialogue takes place, only when systems are put in place. We are functioning without recourse to the law. It is time for the courts to step in. That is the only way we will make sure that in times to come, we are ready for such disasters. Prime Minister’s frequent addresses to the nation asking people for sacrifices is fine, as also the lighting of Diyas. That will not help unless we have a National Plan in place. The absence of that is itself a national disaster.