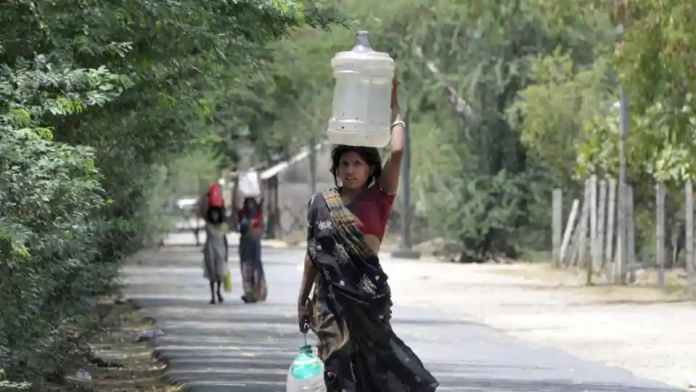 Instead of focusing on the economy, the Modi government has pushed its divisive agenda

March 24, 2020, was a watershed moment with Prime Minister (PM) Narendra Modi announcing a national lockdown in view of the coronavirus disease (Covid-19) pandemic. This black swan event in the first year of the National Democratic Alliance (NDA) government’s second term in office has changed our lives. Prior to that date, the government was pushing the Bharatiya Janata Party (BJP)’s core agenda with characteristic authoritarianism. But the pandemic has humbled all of us, including those with invincible mindsets.

Two decisions of Modi-1 cast their shadow on the Modi-2 dispensation. First, the ill-thought-out, knee-jerk decision of the PM on November 8, 2016, to demonetise high-value currency notes. The rich were able to exchange their unaccounted cash but it deprived the poor of their hard-earned money. That was a monetary lockdown that destabilised the economy. The second was the establishment and implementation of a multi-layered Goods and Service Tax (GST) regime, which is mired in confusion even today. Its negative economic fallout impacted the free flow of commercial transactions. The result was that India’s economy grew at 4.2% (2019-20), the lowest in 11 years, as against 6.1% (2018-19). Prior to the pandemic, the unemployment rate touched its highest watermark in 45 years. Industrial growth suffered, as did key sectors of the economy, such as manufacturing, construction, trade, hotels, transportation and communications and financial services. The Reserve Bank of India (RBI) warned (in May 2020) about the slackening of private consumption. Economic growth is a continuum subject to occasional hiccups that no one can control. But during Modi-2, these hiccups were man-made. An economy already in decline needed an impetus to revive it. Instead of concentrating on governance issues — including health care, education and the concerns of the poor — Modi-2 tore the nation apart by polarising it with a communal agenda.

In August 2019, Article 370 was recast and President’s rule imposed, with the state of Jammu and Kashmir being converted into two Union territories. This paradigm shift was claimed by Modi as a signal achievement. However, the situation on the ground is far from normal. The communication blackout, detention of political leaders and the imposition of curfew resulted in Kashmir witnessing one of its worst economic crises. Despite the government’s iron grip over the Valley, we have been regularly losing members of India’s security forces. The criminalisation of triple talaq on July 30, 2019 had nothing to do with the pain the BJP felt for Muslim women, especially when it did not shed a tear for the two million Hindu women who are abandoned by or separated from their husbands. The passage of the Citizenship (Amendment) Act, 2019, under challenge in the Supreme Court, witnessed protests across campuses in the country. In the violence that erupted in Delhi on February 24-25, 53 people lost their lives and hundreds were injured. Instances of police brutality and, on occasion, collaboration with perpetrators of violence, was there for all to see. But the government looked the other way. The possibility of a National Register of Citizens and the announcement of a National Population Register further stoked communal fires. The passing of the Unlawful Activities (Prevention) Act, 2019, though intended to fight terror, has been used against those who have raised their voice against the government, which includes Right to Information activists, research scholars, thinkers, photojournalists and others. The aim was to silence dissent.

Suddenly, on March 24, things changed. But again, Modi made a mistake. He announced a lockdown with just four hours for its implementation. The consequences are there for all to see. An already sliding economy has been hit hard by the lockdown. The fact that all economic activities have been frozen for months will have dire consequences that will push India back for years. The last quarter of 2019-20, with only seven days of the lockdown, brought economic growth down to 3.1%. Economists have predicted that the growth this year will be in negative territory. This has also been endorsed by RBI. That is not all. A 25% reduction in earnings will increase the number of those below the below the poverty line from 21.9% to 46.3%. In the midst of all this, mass migration of hapless victims of the lockdown has resulted in a humanitarian crisis not seen in this country for a long time. Apart from deaths in trains, because of accidents or hunger and thirst, the sheer scale of the misery is captured by the image of a young child lifting his dead mother’s shroud in an effort to wake her up. The government’s initial denial that no migrant was on the road is consistent with its constant denial of the consequences of ill-thought decisions.

Modi-1 symbolised muscle power and a determined PM taking knee-jerk decisions. Modi-2 has dismantled an India that was carefully built by successive governments until 2014. It is time the government realises that its divisive agendas will only jeopardise the future of generations to come. This government must abandon its “let the fire burn and the cauldron bubble” policy and shift gears to address the burning issues of poverty and the marginalisation of those at the bottom of the pyramid.