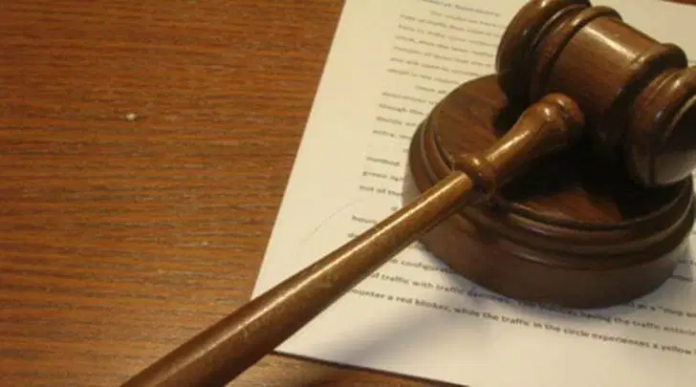 When courts begin losing the confidence of the public, democracy is under threat. With its integrity unblemished, a court will always enjoy the confidence of its key stakeholders — the litigant public and the legal fraternity. Its dignity can never be diminished by members of the bar critical of its functioning. But its enduring edifice will fall apart if it decays from within. Part of the threat is internal. But the real threat is posed by an assertive executive that seeks to dominate both within and outside court.

It is in the interest of both the litigant public and the legal fraternity that our judges decide causes in the highest traditions of decision-making, uninfluenced by the buffeting winds seeking to destabilise the environment. They are the justice-delivery system’s prime stakeholders. The reason is simple. Litigants, in normal circumstances, move the court as a matter of last resort. This is because litigation costs are burdensome and the resolution of disputes takes years. Their only hope is faith in the impartiality of court processes. The judge symbolises the divine calling of rendering justice. The legal fraternity, on the other hand, depends on the purity of the judicial process for its survival. If the litigant public loses faith in judicial processes, it jeopardises the profession. No lawyer would like to weaken the institution by attacking it for partisan ends.

Structurally, our Supreme Court is an unwieldy institution. Judges speak in too many different voices. A bench of two or more speaks for the entire Court. Different judges in all such benches do not think alike. The same statutory provisions are viewed differently depending on the judges on the bench. The fate of an accused seeking bail is occasionally determined by the bench before whom it is listed. Some are liberal, others think differently.

Legal processes do occasionally raise questions. First, matters listed, inconsistent with the Court’s normal practice, raise eyebrows. A litigant granted a hearing overnight, without any ostensible urgency, and without his papers being in order, while another facing imminent threat of arrest, has to run from pillar to post despite having his papers in order, being refused even a hearing, makes for asymmetrical treatment. This is not an isolated example of processual asymmetry. Departure from settled practices in hearing matters is also a matter of concern. It is well-settled that habeas corpus petitions are heard the day after they are filed. Departing from that tradition is problematic especially when leaders of the Opposition are in custody for months. Stakeholders wonder why matters of liberty are not given priority over others. Highly controversial unique procedures like handing over documents in sealed covers to the Court have gained credibility in recent times.

The second issue relates to matters, which despite having national ramifications, do not get listed for years. Some which require urgent resolution are not on the Court’s radar. Delay in hearing such matters is already the subject of public debate.

There have been instances in the recent past when judges themselves have questioned the internal functioning of the court. Matters relating to the elevation and transfer of judges have become concerning because of the manner in which they have taken place. Criticism by retired judges is not at the instance of the legal fraternity. Criticism by members of the bar on such and other issues is not aimed at denigrating the judiciary or questioning its independence. On the contrary, such criticism is made with the intent to protect its independence.

The fact that four distinguished judges of the Supreme Court found it necessary to address a press conference expressing doubts about the Court’s functioning, including on a particular matter relating to the death of a judge, is not something that lawyers raised — a former Chief Justice of India commented on it in the course of the press conference. The judges, in fact, expressed concern about the threat to democracy from within the system. One of the judges who questioned the manner of functioning of the Court by the then Chief Justice of India, later, as Chief Justice, presided over a bench on a Saturday morning to address serious allegations of sexual impropriety made against him. His statement in defence, a procedure unknown to law, did raise questions about the integrity of the system. Lawyers are not to be blamed for that.

There have also been instances in the past of PILs being spearheaded by public-spirited citizens. The intent is never to denigrate and destroy the institution but to make it respond to issues that need redressal.

When mass migration of “shramiks” was taking place and issues as to the misery of those walking hundreds of kilometres and those sequestered in ill-equipped shelter homes without adequate facilities were raised, the court chose not to take notice of it in the first instance, on the assurance of the government that no shramiks were on the road, and that all other issues were being adequately addressed. This was a matter of national concern. Criticism of the Court’s inaction was not meant to denigrate the judicial system. Grave national issues when not addressed with a sense of urgency will lead to criticism. This should not be seen as an attack on the judiciary.

Recently, we witnessed with dismay, the government’s aggression and misrepresentation of facts in court. Such aggression from any quarter must not be countenanced, nor should statements be accepted at face value. The state is like any other litigant and must be so treated.

Recent events have demonstrated that the judiciary needs to introspect. The “fault, dear Brutus, lies not in our stars but in ourselves”. There is no use in blaming the bar. In any judicial system, lawyers are hyphens between the litigant and the court. The bar always seeks to build confidence in the public mind that the only institution that will protect our freedoms is a fiercely independent judiciary.